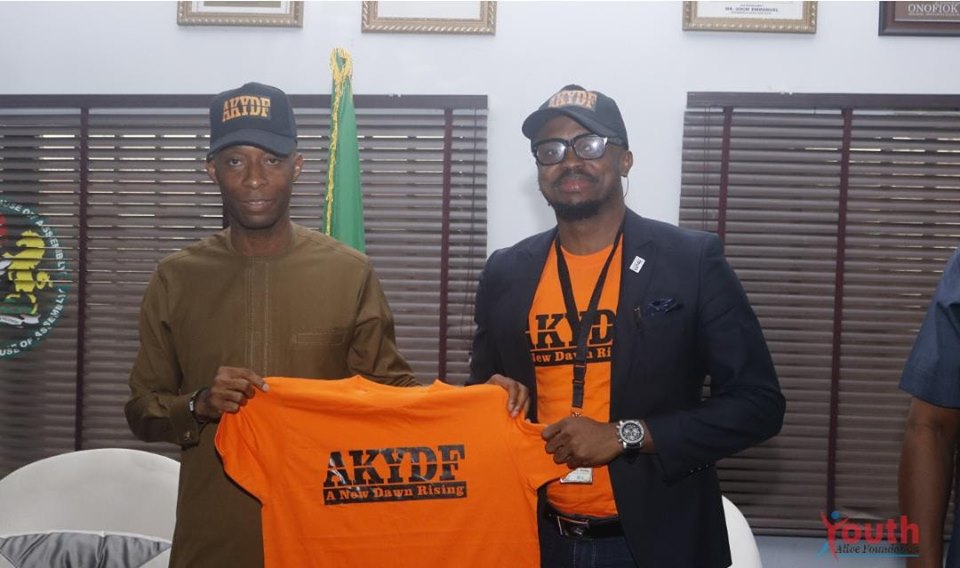 As the assent of the Akwa Ibom Youth Development Fund Bill by the state governor becomes a pressing need, the Youth Advocacy Cluster paid an advocacy visit to the Hon. Speaker of the Akwa Ibom State House of Assembly. Received by the speaker, Rt. Hon. Onofiok Luke the group made up of over 53 CSOs in Akwa Ibom state appreciated the speaker for his efforts on the passage of the #AKYDFBILL. Alongside the speaker the group also reckoned with  co-sponsor of the Akwa Ibom Development Fund Bill (AKYDF) Rt. Hon. Emmanuel Ekpenyong. Both had contributed immensely to the progress that had championed the acceptance of a new pathway of economic development for Youths in Akwa Ibom State. The Speaker once again applauded the efforts of the Youth Advocacy Cluster. While advising them to remain good citizens he also expressed his desire to see other citizens follow suit in suggesting ideas for social development rather than criticizing the government or legislature. He highlighted the need for the assent of the AKYDF bill and other bills passed by the 6th Assembly and further committed to speaking with the Governor to assent to the Bill.