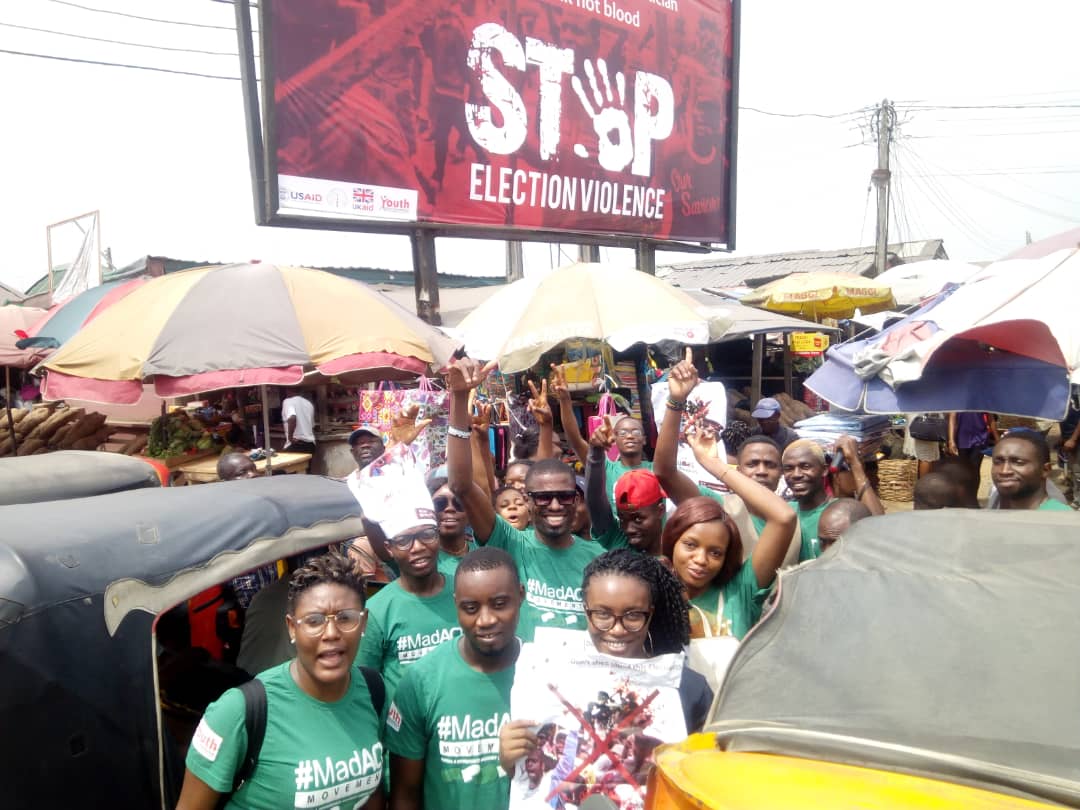 In a bid to sensitize the people against the dangers of vote buying, vote selling and all forms of inducement from politicians Youth Alive Foundation took to the streets of Uyo to intimate the general public the need to shun such acts. The awareness which began at Epic plaza, Ikot Ekpene Road, moved on to the University of Uyo town Campus, Plaza and culminated at Akpanandem Market. Youth Alive Foundation while addressing the people emphasized the power that the PVC confers on the citizens as it gives them the liberty to vote into authority those they desire to lead them and equally encouraged them to refuse every luring offers from political office seekers to sell their votes

The sensitization borne out of the need to have a violence free electoral process brought together teams which comprised of Youth Alive Foundation and Strategy and Innovation for Development Initiative (SI4DI).

The initiative saw massive participation from all ages as both youth and adults pledge their commitment to embrace peace before, during and after the 2019 general elections. The children were not left out in this fight against violence during the electoral processes. Sound bites were gotten from citizens who pledged their commitment to totally shun every act that would instigate violence and to refuse vehemently all forms of electoral malpractice.