YAF, NOA and other CSOs in Akwa Ibom on a solidarity walk for Open Government Partnership

YAF, NOA and other CSOs in Akwa Ibom on a solidarity walk for Open Government PartnershipYouth ALive FoundationJune 1, 2019August 6, 2019 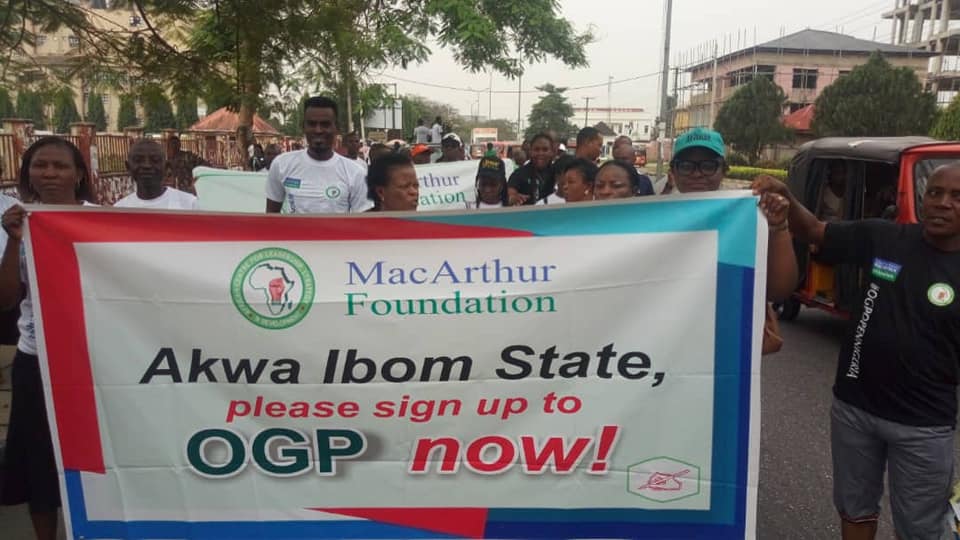 Open Government Participation was launched in 2011 to provide an international platform for domestic reformers committed to making their governments more open, accountable, and responsive to citizens.

At the international Anti-Corruption Summit organized by the government of the United Kingdom, the President Muhammad Buhari reaffirmed his commitment to strengthen anti-corruption reforms through implementing programs aimed at:

• Providing support to the victims of corruption; and

• Driving out the culture of corruption.

Flowing from these commitments, the Federal Government sought to deepen institutional and policy reforms. This led to Nigeria joining the Open Government Partnership (OGP) in July 2016 as the 70th country.

However, the enactment of the OGP in all the Nigerian states has not been widely successful. It is against this backdrop that Youth Alive Foundation participated in a solidarity walk with the National Orientation Agency Akwa Ibom State, and other CSOs in the South-South region of Nigeria. Aimed at promoting the implementation of the Open Government Partnership (OGP) in all states, the walk featured over 200 persons marching through a 10 kilometer distance showing team-spirit with messages that spoke to the public.

In line with YAF’s mission, the process of getting youths to participate in governance and civic responsiveness also needs a solid backbone that guarantees openness in government. This is what the OGP will provide.