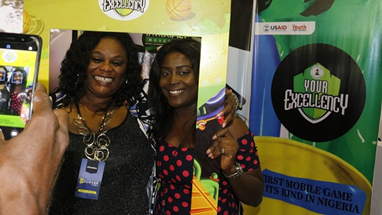 The Portal and Mobile App – The portal seeks tocontribute to effective information exchange and communication between advocates, YANET members, partners, and various stakeholders in support of the fight against corruption. The MadACT Portal presents on-the-go updates on trending news, articles and reports of corruption, and access to corruption related information through a single Mobile APP technology and web-based portal. Posts are easily shared and made viral from the portal to various social media platforms: Facebook, Instagram and Twitter. The portal is developed and used on desktop computers and mobile devices (Android, IOS). The portal has many features including a blog, trending news segment, discussion groups, a whistleblowing section tagged CIA (Corrupt Incidents Alerts), a repository of data resources on anti-corruption, evaluation polls, multimedia reporting channels and other interesting features.

Sign up today and join the community of advocates on http://www.madact.ng

Your Excellency Game – Your Excellency is an adventure civic mobile game which is designed to be a learning tool for young people on governance: the structures, processes and activities with key highlight on the role of citizens in improving governance and engaging in the governance process. The game is calledEXCELLENCY inspired from the words “Your Excellency” which is used to address governors and presidents and to make a statement on aspiring for excellence in governance.  EXCELLENCY is designed to have players play the role of active citizens first before playing the role of an executive through the three tiers of government: local government, state government and federal government.  Players will navigate through 3 stages each with differing levels. The stages comprises of

a. The Active Citizen

Players symbolically run for electoral office starting from active citizen to attain governorship positon. While on this race they learn key governance issues and their role in contributing to a more accountable and transparent society. The game testing which took place at the Lagos Social Media Week 2018 and the feedback was positive in the area of the game’s ingenuity and uniqueness. A final version will be released on play store for Android phones by the end of July 2018.

While the public awaits the final version which will be launched before the end of the year, games enthusiasts at the social media week agree that will be a veritable tool for imbibing governance skills in the mind of youths.

Find link to endorsement video for the game by Derenle