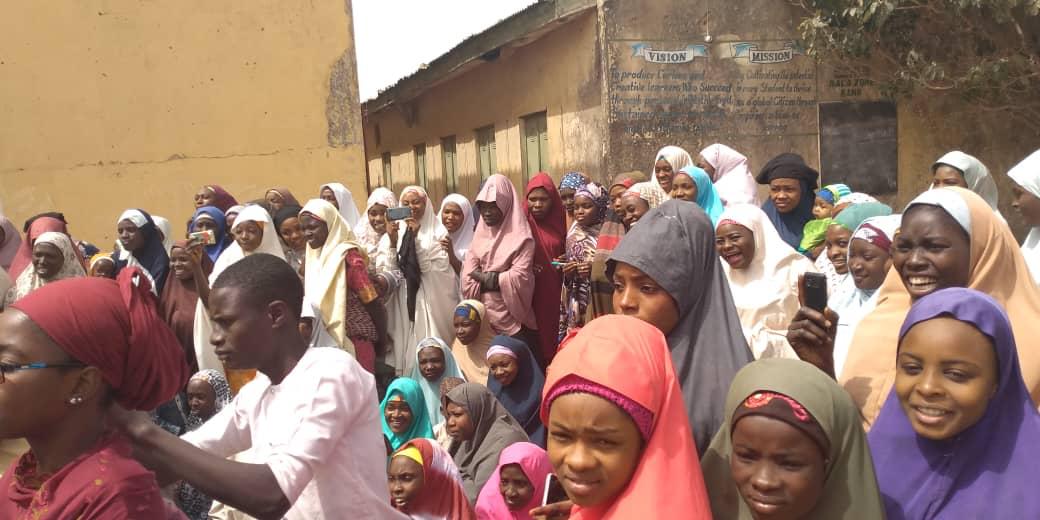 On the 10th of February 2019, 375 persons including 20 persons with disabilities attended a sensitization program organised by The Centre For Awareness On Justice and Accountability(CAJA). The aim of the program was to sensitize the general public from that community on the dangers of vote buying, vote selling, and election violence as it relates to corruption, to also inform them of the importance of demanding and voting in credible leaders.

The audience were informed of the importance of casting their votes, shunning any form of election violence, vote buying and selling and also the demand for accountability through voting in credible leaders.

The facilitator introduced the persons present and the reason the program was planned. The executive director for Haliru memorial and youth development initiative (AYDI) gave the welcome address to the participants.

The religious leader that was invited gave an opening prayer and also went ahead to discuss the need to vote in credible leaders and demand for accountability from the religious perspective. He informed the participants they would be held into account for their choices and decisions made which also included voting in credible leaders so as to be able to respond on the day of judgement about their decisions to choose a leader.

He also informed the participants that vote buying, vote selling and election violence are also bad as the religion frowns at immoral acts.

The M & E officer for the Centre for Awareness on Justice and Accountability (CAJA) while addressing the participants made mention of the fact that election violence was a bad thing as it causes more harm than good, that vote buying and selling also has a negative impact on the society and community as a whole for the politicians who buy these votes consider It as an investment and would definitely want to make profits by looting the public treasury dry. That in turn would result to corruption as they would not want to do or follow the right channel. As they would neglect to provide quality health care system, educational system, portable drinking water, infrastructure and other basic amenities as what they would be given in exchange for their votes would be peanuts gotten from the public treasury.

The executive director of the Centre for Sustainable development and communication initiative also addressed the participants to shun all forms of election violence and also spread the message to others who were not present.

After the drama presentation the participants were thanked for participating and also urged them to take the message forward.