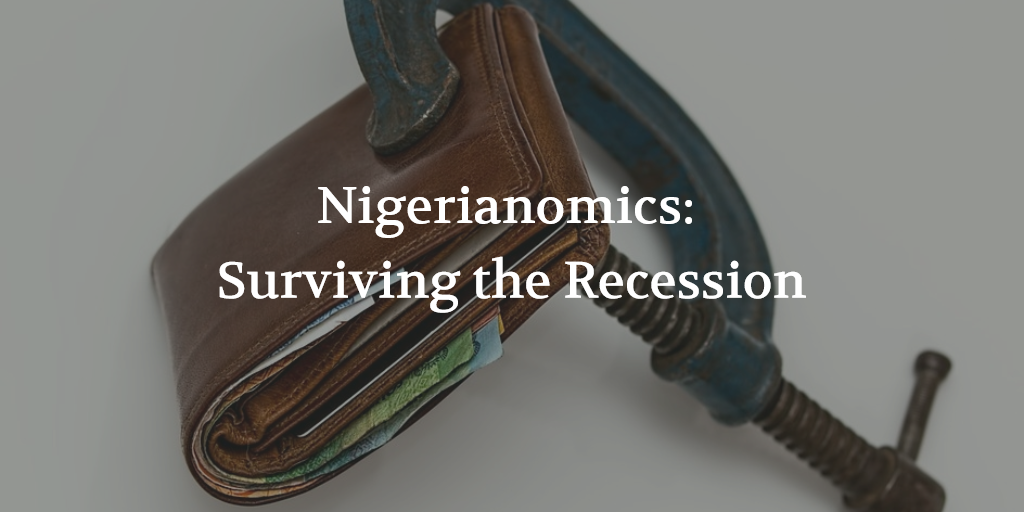 Before the present economic regime, Nigerians were known for many things, except the voluntary snatching away of oneâ€™s life. We were even described as the happiest specie of humans on earth. But today, things have fallen apart. Like the sun, news of suicide are rising anew every morning. There are news of people ‘kidnapping’ othersâ€™ food at gun point. In some parts of Nigeria today, people no longer leave their foods on fire outside locks and keys, except there are dogs to watch over their cooking meals. Deaths, plagues, thefts, poverty, hunger, anger, hardship are all at a resonating crescendo. We can only hope it does not upset the biblical all-time record in 2 Kings, Chapters 6 and 7 where the famine in Samaria became so severe that women took turn to kill, cook and eat their own children. Wait, it is not just enough to exclaim God forbid!

It is called recession. Fathers, mothers, children (born and unborn) can feel it. If babies were bestowed ab initio with the gift of discernment and decipherability, they would most probably war with rebellious alacrity not to be berthed and birthed in Nigeria. Not this time! Beggars feel the scorch of this recession. Borrowers feel it and so do lenders (if there are still available). Even prostitutes, Iâ€™m told, feel it. Family dogs (those christened â€˜Haburiâ€™, assorted names, and those without names) feel it. For dearth of hangover meats, vultures are now learning at old age to eat leaves â€“ dry leaves I mean. The next time you see them (though they hardly come around these days), just observe and thank me later for drawing your attention to it.

When the 2016 Quarter 1 figures from the National Bureau of Statistics (NBS) indicated that Nigeriaâ€™s Gross Domestic Product (GDP) growth rate had declined to â€“ 0.36, everyone but Finance Minister Kemi Adeosun, accepted that Nigeria had really fallen into recession. The Minister is infamous for saying Nigeria was only technically (not really) in recession. Now that the 2016 Quarter 2 figures recently released by the NBS shows a further decline to â€“ 2.06, Minister Adeosun is again in the news for telling Nigerians that â€œRecession is just a wordâ€. No, Ma! Recession is more than a word. It is the summation of the hard, harsh, agonizing, anguishing, exasperating, tears-inducing, life-snatching experiences Nigerians are having today.

The latest release by the NBS bespeaks of a terrible economic downturn in terms of GDP, inflation, unemployment, capital formation, manufacturing performance index, et al. The GDP growth rate is â€“ 2.06. Inflation rate is 17.1%. Unemployment/underemployment is 31%. Interest rate is about 14% (with some banksâ€™ marginal calculations upping the rate to 28%). Capital importation declined by 75.7% from a year ago, putting further pressure on the Naira, which has depreciated to about N425 (in parallel market) or about N320 (in official market) against the US Dollars.

There are many reasons we are where we are today. Some are global, some national; some historic, some present. There has been a large-scale drop in global demand for petroleum due to the utilization of alternative energy sources and worsen by some forces of international oil market politics, menacingly forcing down the price. The historic component of the problem includes Nigeriaâ€™s over-dependence on oil, inadequate economic diversification programmes and projects by successive previous Governments, poor attitude to savings for the rainy days, absence or abolition of long term economic development plans by successive Governments, high cost of Governance, corruption, you may kindly add to the list.

But while my earlier piece entitled â€œA Free Falling Economy and the Rest of Usâ€ holistically analysed the facts and figures, the impact, the generic causes of the problem and possible ways out; the present piece is more present, more specific, more desperate, a survivorâ€™s whistle blast of some sort. Apart from the drop in crude production and exploration volume occasioned by the resurgence of militancy and the accompanying bombing of oil structure and infrastructure in the Niger Delta, there are a few things I think the President Muhammadu Buhari-led Federal Government has done (wittingly or inadvertently) which have also upset the economic balance in Nigeria. I will highlight a few of them, as I hope and pray for a quick fix, in the interest of all of us still alive.

The delay in the constitution of the Federal Executive Council meant a near absence of Government’s fiscal policy to complement the CBNâ€™s monetary policies, at trying times. The delay in the passage of the 2016 fiscal year budget meant uncertainty of fiscal priorities and directions for investors. The delay in seeking expertsâ€™ advice cum setting up an economic team to properly appraise the situation, was unwise. The policy of FX sectorial rationing and the delay in instituting a free foreign exchange market regime sent fears down the spines of local and foreign investors. All of these conspired to snatch away the most important factor investors consider before putting or letting their investments in an economy. Market confidence was eroded and uncertainty premium was widen, making Nigeria fumble, stumble and crumble down the base as the 169th country (in a list of 189 countries) to do business. This made several investors, like the JP Morgan of this world, liquidate their investments to save their funds in Dollars. They could not risk the kind of misfortune which Africaâ€™s wealthiest man, Aliyu Dangote incurred when he in February, 2016, according to Bloomberge Billionnares, lost haft of his wealth ($12.2 billion) to naira devaluation and capital market crisis.

The hardship is hard on the people because some of the policies of Government put weight on the poor, defenceless and vulnerable masses. By policy, petrol became N145 per litre while kerosene now goes for about N230 per litre, at a time the price of crude in the international market had gone very low. By policy, electricity tariff has been officially increased by 45%, even with the inglorious perpetuation of darkness in the land. By policy, the common man now pays N50 stamp duty on every current account transaction above one thousand naira. By policy, importers of the 41 blacklisted items lost access to foreign exchange, even when such importations are yet to be replaced through local production. By policy, manufactures/importers now access dollars mostly at about N425 or sometimes at about N320, while pilgrims access dollars at N199. By policy, some banks now charge as high as 22 â€“ 28% interest rate to those who wish to take loans to invest in the economy. It was also by the hasty, ill-prepared implementation of the Treasury Single Account (TSA) policy that over 3 trillion Naira was forcefully withdrawn within 3 months from commercial banks and stacked dormant in the vaults of the CBN. This abrupt withdrawals, according to a finance expert, Senator Bassey Albert, swiftly took away values invested in real assets by the commercial banks, thereby resulting in assets mismatch and then the fall of the Nigerian banking industry. In all of these, there was/is still inconsistency, incoherence and incongruity of policy statements and signals from the Finance Ministry, Ministry of Budget and National Planning, the CBN and even from the Presidency.

But can we survive this recession? Yes, we can. Can we come out of it? Yes, we can. How soon? Our learned Vice President believes it is a V-recession recovery curve, meaning we will come out within three months. The Chief Executive of Finance Derivative Company (FDC), Bismarck Rewane believes it is a U-curve, meaning it will last about 18 months. Some pundits speak of the proclivities and propensities of a W â€“ curve, meaning a sharp rise from the fall, another sharp fall from the rise and then another sharp rise from the fall. Yet, pessimists sandwiched among those that have either lost hope or never had hope ab initio in this Government, believe it is an L â€“ curve, meaning the recession will continue as long as this Government stays in power. But, please donâ€™t ask me whose belief I believe. I know not which belief to carry to the bank; for me, itâ€™s not about belief, itâ€™s about actions. What actions? Below are my humble suggestions to the Nigerian Government and to us all.

One, set up an enlarged emergency economic team (involving experts from the private sector, not just politicians) to handle the critical thinking, trend analyses, policy reviews/formulations and provide advice (Government must not do all they suggest/advise, anywhere). The present economic team of only Government functionaries, is viewed by many as having the same squad of field fighters (or players) serve as intelligence strategists (or coaches) in time of war (or football encounter). We have got to separate the fighters from the strategists, the players from the coaches. Two, fund and support the productive sector (domestic manufacturing cum export) of the economy through encouraging policies on taxation, interest rate, custom duties/tariffs, incentives, etc. Three, gain market confidence and deflate existing uncertainty premium through formulation and sustenance of investment-friendly policies and the harmonization of Governmentâ€™s fiscal policies (including statements and signals) with CBNâ€™s monetary plans/actions. Four, stimulate liquidity through reduced CRR, reduced interest rate and regular payment of salaries/wages.

Five, invest in power, agriculture, infrastructure and technological innovations â€“ i.e. take quick actions on diversification. Six, soft-pedal on the implementation of the TSA; let it be executed by commercial banks and supervised by the CBN (this is time to circulate liquid cash, not to frozen it in CBNâ€™s vault). Seven, curb abuse of the foreign exchange policy. Eight, continue in the fight against corruption. Nine, reduce the cost of governance and curb issues of multiple remunerations. Imagine a retired civil servant who later became a House of Representatives member, then a State Governor and now a Senator would be paid four gratuities (by whatever names) and would still be receiving monthly salaries/pensions in four places â€“ economic wickedness in high places! Ten, engage stakeholders in the Niger Delta region towards addressing the resurgence of militancy in the region. Then the last but first, our President must stop the blame game and take responsibility â€“ thatâ€™s what President Obama did in 2008; thatâ€™s what President Obasanjo did in 1999; thatâ€™s what President Yarâ€™Adua did in 2007; thatâ€™s what President Jonathan did in 2011; thatâ€™s what leaders do anytime, anywhere, in any situation.

If all of us must survive then win this recession and upturn the present â€˜Nigerianomicsâ€™, there are a few things I think we can do differently. We need to adjust our attitudes to life, work, business, investment, spending, priorities, opportunities and most importantly, to God. We need to refrain from habits and practices that mounts unnecessary pressures on the Naira. We need to return to our good old friend – the soil, if we must survive the treachery of oil. We need to produce what we eat and eat what we produce. We need to grasp this opportunity for innovation, business, entrepreneurship and trade (domestic and across the borders). We need to think more and act more. We need to rise and get involved. But, while the Nigerian economy is being fixed by all of us, we all need to stay alive! 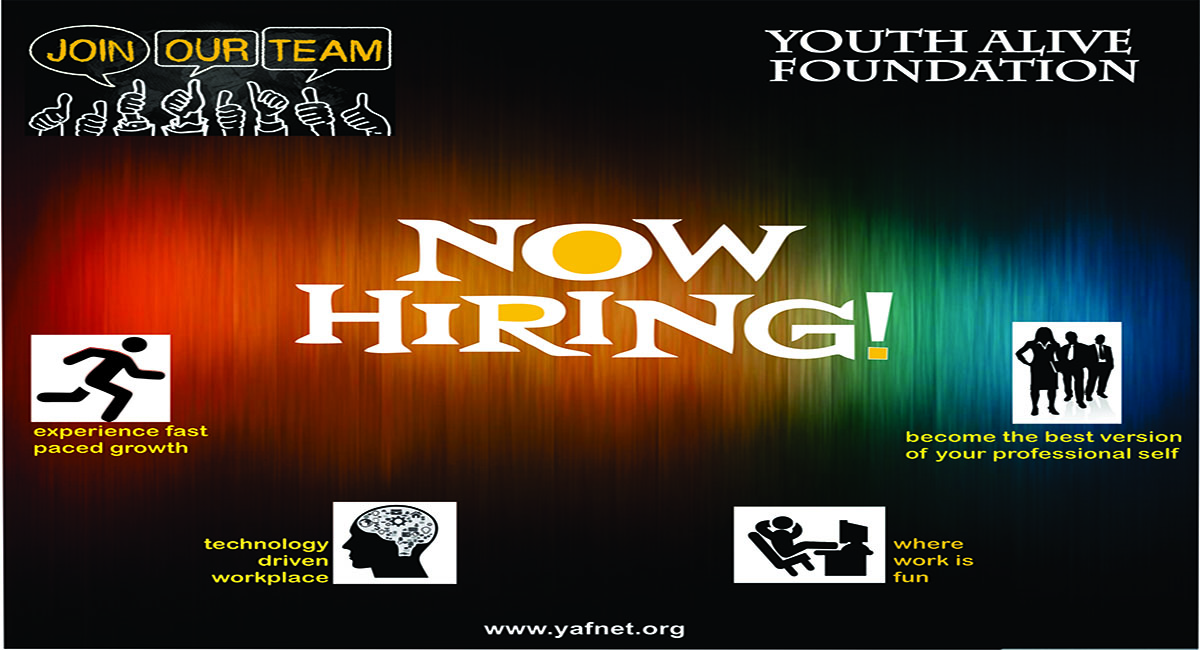 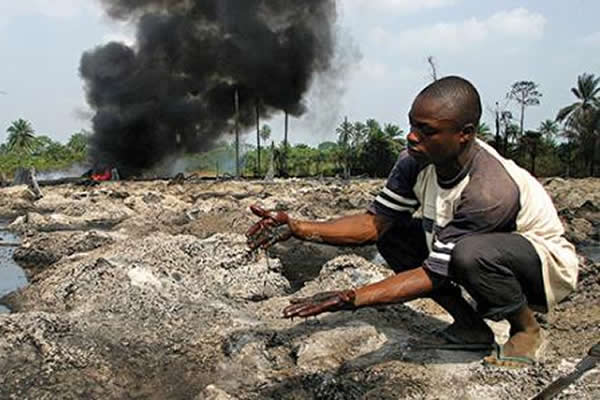 Oil! Quite simple it sounds.Just a three letter word,but it wields such telling powers that...

REQUEST FOR PROPOSALS RFP: 002 Call for Proposals for the Development of a Digital Mobile GameYouth ALive FoundationJune 1, 2019August 6, 2019 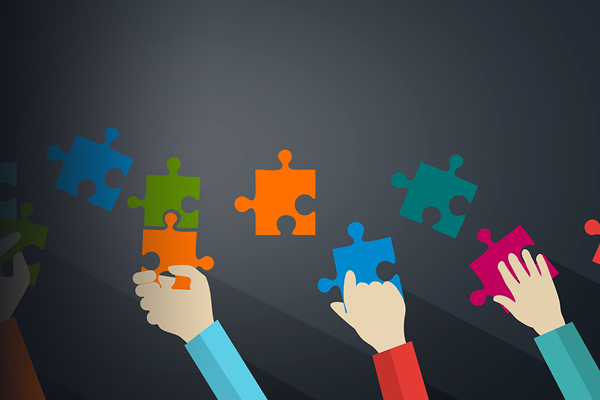 June 1, 2019August 6, 2019|BY Youth ALive FoundationREQUEST FOR PROPOSALS RFP: 002 Call for Proposals for the Development of a Digital Mobile Game