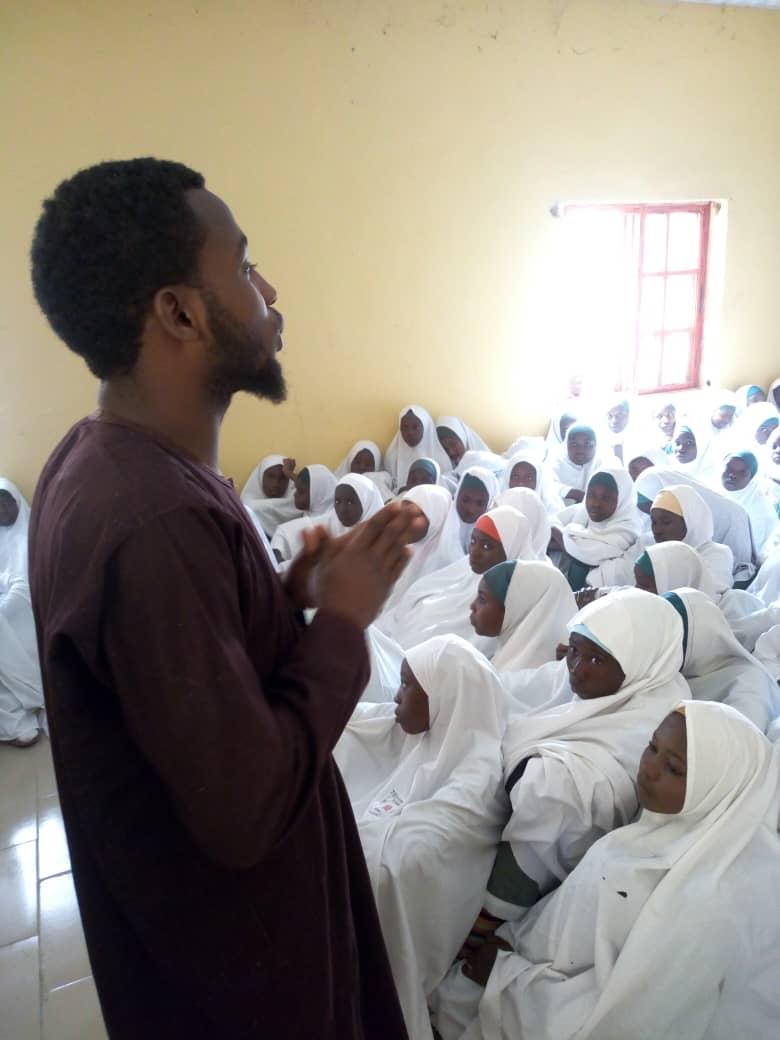 Madobi Youth Development & Awareness Forum (MYDAF) is in partnership with Centre for Information Technology and Development (CITAD) in the fight against corruption. As a part of their advocacy for a free and fair genereal elections (with zero-voting buying) MYDAF held a lecture on the 7th of February 2019. The lecture held at Nana Khadija islamiyya which was informative for sensitizing the audience under the Strengthening Youth Participation against Corruption (YPAC) project.

The opening remark by MYDAF chairman Sulaiman Shehu Idris enthused the audience not to promote under aged voting and electoral violence- A common trend by desperate electorates who are buy over as election rigging instruments. After His Presentation the Second presenter from MYDAF Aminu Aruba discussed the effects of vote buying, he also dissuaded the audience from multiple voting which he enlisted as gross electoral malpractice.

Further presentations were made by the School teachers who also strengthened the opinion of the Chairman. Thereafter, the audience were allowed to ask questions on the issues discussed.  Addressing all the questions raised Malam Dayyabu madobi MYDAF ASG re-emphasized the relevance of the sensitization.

During his closing remark And prayer the secretary Nura Abubakar saleeh  appreciated the school head master and teachers for honoring our request and the cooperation given by the students. This made the outing a success.

The event had an attendance of 195 Male students 146 Female Students 4 teachers and 9 MYDAF members. In all, over 400 persons were reached.