Is unemployment in Akwa-Ibom a risk to state security?

Is unemployment in Akwa-Ibom a risk to state security?Youth ALive FoundationJune 1, 2019August 6, 2019 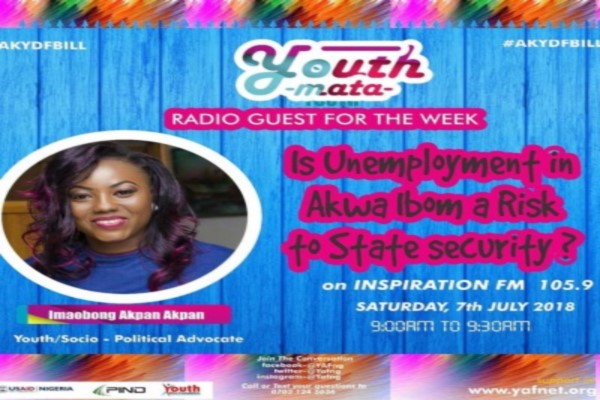 Dr Uduak Okon, YAF’s Executive Director, who spoke at the pre-event briefing in Abuja, said that the summit would be hosted with the support of the UKaid as part of UK’s support for anti-corruption in Nigeria.

She said that the theme of the summit is “Towards Evidence Based Intervention for Collective Impact.’’

According to her, the Presidential Advisory Committee Against Corruption (PACAC) among other local and international partners will participate in the summit.

“We are working with a lot civil society organisations—the Youth Anti-Corruption Network (YANET) is the youth wing of what we are doing. It is a five year project aimed at reducing corruption in Nigeria through preventive, change of behaviour and increasing citizens’ resistance to corruption in Nigeria; it started last year.

“Under the project, YAF and civil society partners are implementing the Y-PAC project- an acronym for Strengthening Youth Participation Against Corruption in Nigeria.

“ICPC does a lot of work with youth people in schools and agencies; we feel there is need for us to have an understanding; a coherent and coordinated response to corruption in Nigeria.

“So, based on that, YAF and ICPC are asking what do we know about corruption; what is the current state of corruption in Nigeria? And what should civil societies and government and stakeholders do about it?’’

Dr Udy Okon said it was against the foregoing that they decided to bring the various stakeholders together operating in the anti-corruption space to discuss about corruption in Nigeria.

“What is evidence of corruption? What has been done? Letting the public know what the government is doing about corruption among others; ICPC is a key stakeholder.

On his part, Mr Mohammed Ashiru, Commissioner of Education, ICPC, said that ICPC’s functions transcended beyond investigating people, arresting them and prosecuting them.

He said the agency’s functions encompassed prevention of corruption, public education and enlightenment.

Ashiru said that the law establishing ICPC emphasised more on educating the people and preventing corruption.

“ As part of our strategy to educate people, we have adopted a lot of strategies, we have intervened in the education sector, aviation sector, Nigerian Ports Authority ; we have done system study and review and came out with a lot of findings and infractions.

“We have also discovered a lot of moral corruption like sexual harassment in higher institutions and we currently prosecuting the suspects. You are aware of the OAU case even though the institutions sacked him; we are prosecuting him.

“We carried our surveys in state, private and federal universities; it is the survey result that our partner, YAF is interested in and that is what informed this partnership; so that we bring out the result of the survey we carried out.

“The recommendations of these findings have been sent to the relevant authorities,’’ he said.

The commissioner said that ICPC also had a platform for civil societies-National Anti-Corruption Coalition- which brought together various anti-corruption groups in the country which YAF was one of them.

He said that the essence of the coalition was to engage them to groups to sensitise people on budgeting preparation implementing and tracking and monitoring at the grassroots level.

According to him, such is very important because it helps in social inclusiveness in governance.

Speaking, Mr Ovo Otarigho, YANET’s Coordinator, said it was high time everybody stood up for Nigeria by shunning corruption.

You May Also Like
The Call for greater investments in youthsYouth ALive FoundationAugust 6, 2019August 6, 2019 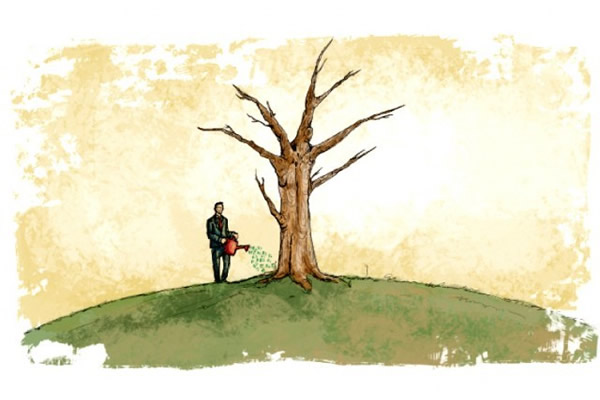 The challenges of growing youth employment rate is alarming increasing with latest jobless figures showing that 12.6...