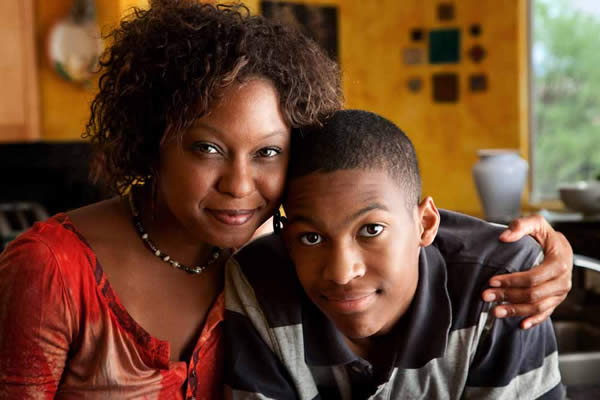 The issue of Career Guide and Counselling, because of its importance, has always remained an integral part of any educational system. The Nigeriaâ€™s setting is not an exception. Hence, the sustained interest and concern it usually generates among students, would-be students and others who are wary of their future.

Often times in choosing a career, students and would-be students could be influenced by their natural ability or endowment vis-Ã -vis the attendant comparative advantage they may enjoy over others in their desired profession. Some peopleâ€™s choice could be based on parental influence or that of the environment they find themselves. Occasionally, the peculiar teaching methods of ones favored teacher may serve as the magic wand in deciding where one pitches ones tent. There are also others who may be favorably disposed to the professional leaning of their role models in the society. Hence, their avowed determination to take after them in order to assume the revered role their alter ego play in the societyâ€™s scheme of things. In his fight to emancipate Nigeria and Africa used high-sounding words, jaw-breaking expressions and his journalistic pen to scare away the imperialists. Youths of the colonial era were easily swayed to the path of journalism because they simply wanted to be like Zik, their idol. In the modern Nigeria legal firmament, the name â€“ Gani Fawehinmi (SAN) â€“ is a neon light that is admired by many with a passion. There are a plethora of cases of this nature in our local and national settings.

But let it be noted that out of the various factors that influence ones choice of career or profession, it is ones natural ability or endowment that enjoys the much-needed basis or foundation one requires for a much safer landing. Natural ability enjoys a comparative advantage; it is God-given and unique in its characteristic disposition. Based on the peculiarity of natural ability, it towers above and over other factors which are merely propelled by artificial influences. For instance, one who intends to be a teacher, apart from having the quality of patience, must have an addiction for moulding young minds and preparing them for the future. He must have an irresistible tendency to love and teach young ones; so with the where-withal to positively counter and absorb the heart-breaking and unending antagonism of our-bearing parents. The unavoidable task of handling impatient parents is a necessary evil one must encounter as a teacher. Without these striking ingredients, one may end up as a hapless mediocrity in the teaching profession. One in this case is just a bird of passage who does not belong here.

Be informed that once a person becomes fully trained in a profession, he can hardly beat a retreat. He remains an incurable failure in his professional jurisdiction. The way out of this mess is for one to shape into where one naturally and actually belongs. There is a saying that â€˜if you cannot be the sun, you certainly can be a starâ€™. All of us belong to one field or the other.

But by large, apart from ones natural ability, it is a truism that all other factors are complementary in one way or the other in shaping a person for his or her chosen career.

There is no gainsay that besides evangelizing and moulding the moral base of the people of Calabar and indeed the eastern region of Nigeria, the advent of Rev. Hope Masterton Waddell and his co-missionaries served  a great deal in laying the first ever foundation of career guide and counselling in Nigeria. The framework for actualizing this laudable goal was the establishment of the famous Hope Waddell Training institution in Calabar. The school was initially named as â€˜the Calabar Training Institutionâ€™ and later re-christened the â€˜Hope Waddell Training Institutionâ€™ Calabar in order to immortalize Rev. Hope Masterton Waddell who died in 1895 â€“ the very year Hope Waddell Training Institution was born. The schools name speaks for itself. It is neither a Secondary School not a university: it is a training institution. The then or old Hope Waddell was a comprehensive mix of several departments, namely: the Carpentry, Commercial, Bakery, Building, Grammar and the Normal College where only would-be teachers were trained. It is note-worthy that it was the normal college section of the school that produced the late Dr. Alvan Ikoku â€“ the great educationist whose bust decorates our ten naira currency note. No matter how stupid one was, one was sure to be transformed into a normal, reasonable and functional human being in the normal college. Thus, the saying â€˜thou shall not be abnormal in a normal college. The abbreviation â€˜HWTIâ€™ was actually interpreted by the Whites as â€˜Here We Train Idiotsâ€™. Even as an idiot or a dunderhead, one is endowed with one talent or the other. That unique talent which is in you must be exploited, harnessed and sustained.