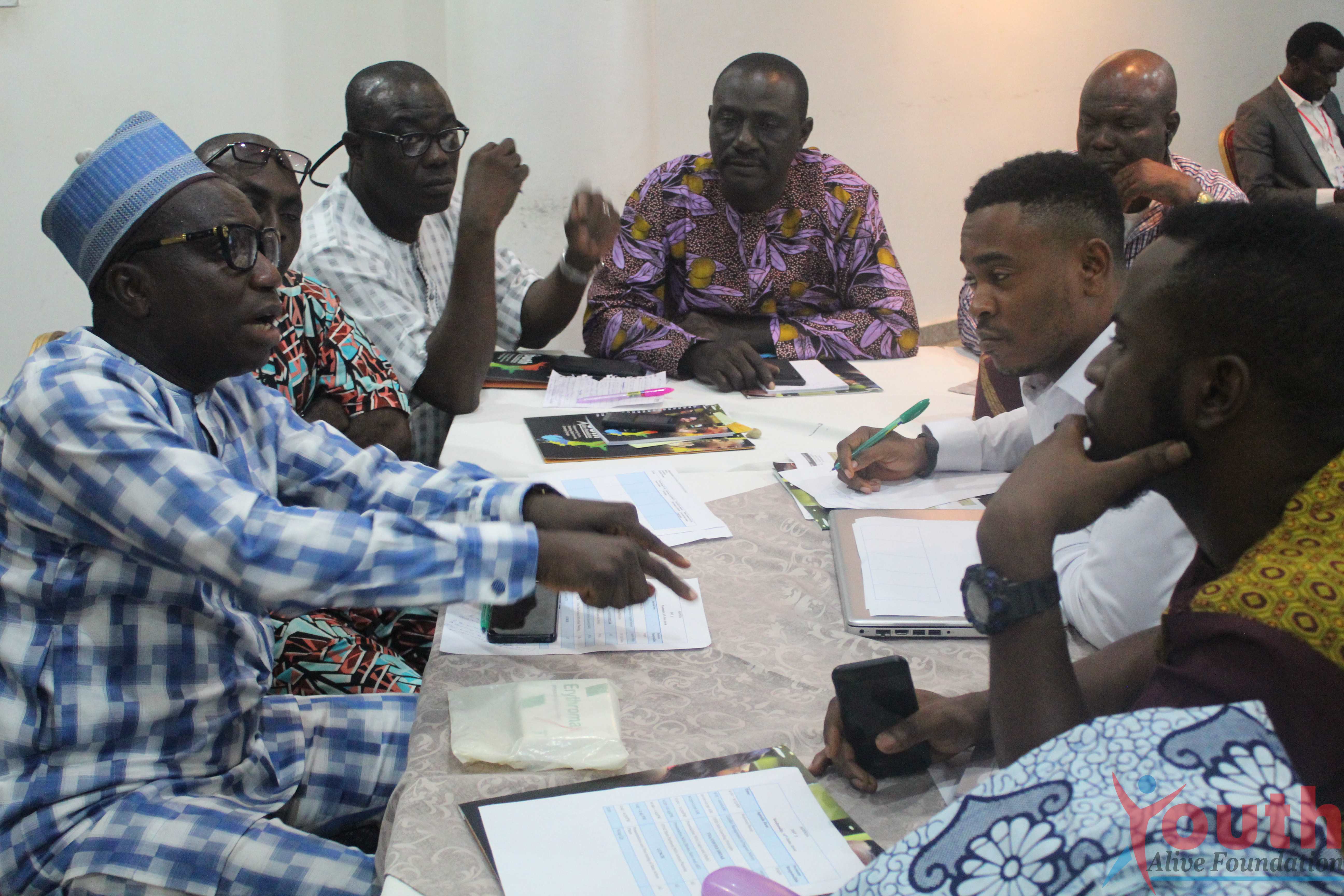 Day three of the Y-PAC Capacity building with partners began with Mr. Samson who quickly rounded off on his M&E presentation from the previous day, He talked about the M&E framework. Subsequently, Aaron took an engaging session on conflict management in programs delivery, He shared the different methods of conflict resolution, and He then asked if participants had resolved conflicts and which of the methods they deployed.

The states then presented the activities of their respective states one after another the state activities were tabled and cross examined.

Aaron then set the mood for state action plan presentations by kicking off a session on Y-PAC reporting templates, the executive director however finished the session by adding a session on result tracking and report capturing.

The States then presented their action plans for collective fine tuning:

Reduction in extortion of transporters through stakeholder meetings and interventions.

Dissemination & Engagement on the SHE projects & tertiary corruption reports.

Sensitization against extortion in public schools in Kano.

The entire plans were given critical cross-examinations and project leads from each state were assigned to send the reports back to the national secretariat for further scrutiny.

Mr Chris then took the audience on a brief impactful/critical session on DFID’s safeguarding principles, he dwelled very much on the importance of safety in programming, he outlined the components of safety before he wrapped up the day with a few announcements.