CAMPAIGN AGAINST BRIBERY IN NIGERIA 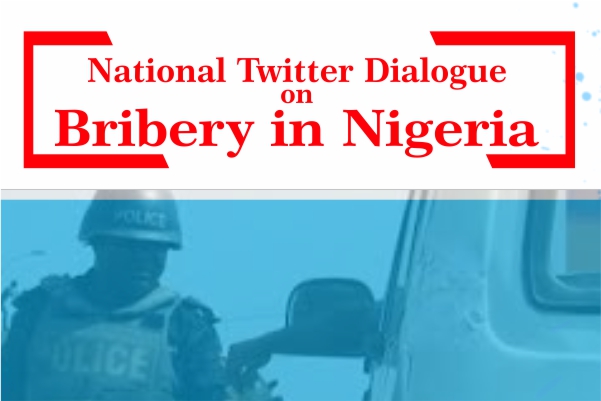 Bribery holds major devastating effects for citizens and the development of the country. The 2017 National Bureau of Statistics (NBS) survey reports that an estimated 400billion are paid in bribes each year.  The survey also records that the highest forms of bribe cases implicates

Security/entrusted officials (police, immigration officers, customs officers etc.) who are entrusted with upholding the rule of law.  Shockingly, it has also been reported that 56% of People who resisted paying bribes suffered several consequences in forms of loss of jobs, loss of properties, loss of lives etc. Recently, the mainstream news has reported several cases of citizens losing their lives at gunpoint due to their resistance of paying bribes–this literally confirms the maxim “Corruption kills”.

To this end, YAF is carrying out an Anti-bribery campaign against the incidences of bribery in Nigeria. Recall that our National Anti-Bribery Campaign hit the ground running last year as we launched a Zero Naira Currency in July which serves an advocacy tool to be used to resist bribes when public and government officials ask. These notes were shared to over twenty thousand (20,000) motorists, cyclists, traders, students and individuals during rallies and outreaches across our project states—FCT, Lagos, Rivers and Kano.

You may have also seen or heard the anti-bribery in elections song our organization produced titled #NoShishi4Bribe across media platforms featuring Nigeria’s top artistes: Tuface, Simi, Sunny Nneji, Falz, Pasuma, Classiq, Waje, Illbliss, Slimcase and Peter Psquare (if you have not heard this amazing song. Listen

The issue of bribery cuts across every sector in Nigeria; in the education, transportation, public and private sectors etc. The culture of bribe taking and giving is on a colossal scale and our plan is to fight for a Nigerian society where this is brought to the barest minimum.

You can lend your voice by joining our National Tweet Dialogue on Twitter on the 22nd of March 2019 and posting on social media platforms with the hash tag #NoShishi4Bribe. Amongst our advocacy plans also include rallies across our partner states. Anticipate further update on these activities.

The Fight Against corruption is a collective one. Hand in hand, one after another, we can win this fight. Say #NoShishi4Bribe today for a better Nigeria tomorrow.